Of late, we've had some plumbing issues around the house, and it's been my job to remedy them. I'm no professional, but I'd say my wife is pretty pleased. Boom. Plumbing is full of sexy, sexy words like ballcock, nipple, insert, pipe, drain, wrench, and putty. Ooh yeah, putty. Seriously though, I did get lucky this weekend.

The kitchen sink's sprayer hose (yeah baby) had a hole in it while upstairs the bathroom sink was just leaking.

The kitchen sink seemed like the easier place to start. First thing to do, head to Home Depot and wander around like a war refugee until someone led me to the front door. Once inside I made a beeline directly for the new fake xmas tree display whereupon I peed on one and set three others on fire before security appeared and briskly informed me that they completely agreed with my sentiment.

Formalities dispensed with, I grabbed a cart and zig-zagged my way toward the plumbing department. Due to the approaching Stormzilla™ there were generators and shop vacs for sale all over the store. I was busy attempting to open and attach 11 shop vacs to a generator in order to create a modern day coach or what I like to call a "Horseless Carriage" when security showed up and briskly informed me that Maglites hurt a lot.

From there I met a guy who was known store wide as the "master plumber." He himself informed me he was merely at the level of journeyman. I told him that my level was stud if you asked my wife. He threatened to call security

He showed me the supplies I needed and I stocked up. (A new hose, a big pair of channel lock pliers, some washers, some teflon tape, a basin wrench, baby. Sooo hot.)

On the way out the door I took some time to stop off at the shingles department and offer them some ointment for that . Security had a good laugh at that while three of them tasered me until I started to smolder
.

Back home, I set to work. I scrunched down into the swampy mess that was under our sink. I should say now I'm not what you would call mechanically inclined. Or very inclined at all. I'm inclined to do as little as possible. But this is our house and we had a problem and the kids just kept crying every time I shoved them under there, so it fell to me.

Once there, I took the basin wrench and scraped it back and forth along the underside of the sink until I was positive that I had absolutely no idea how to use a basin wrench.

The basin wrench is a wrench whose head is designed to bend sideways so that you can press the head just flush enough against the underside of my kitchen sink so as to render the tool useless. After taking out my anger on the cat ("You call that a tail? Looks like a fucking pipe cleaner if you ask me. Your mother was part squirrel.") I went to plan b:  Break the knob on the cold water shut-off.

I'm getting things out of order here.  In chronological fact, I broke the knob almost immediately because I knew I would have to do it later anyway, and why not consolidate so as to increase efficiency?

So as I worked, cold water was dribbling continuously out of the top of the unhooked water line like  pee from an old man's penis.

Because I couldn't detach the hose from under the sink, this meant I would have to take the entire faucet out to get at the nut holding the hose. I struggled and grunted and grunted and struggled and then I got back to work under the sink. I semi-succesfully managed to remove the faucet, after which I realized I had to race back to home depot for more putty and a quick round of hide in the ficus until security goes by.

I got home, slapped the new hose on, replaced the faucet, and congratulated myself on having made the need for cold water in my kitchen obsolete via the breaking of the cold water. It runs at a thin trickle. Which was my nickname in high school.

The bathroom sink was a whole different sink related situation. There, the leak was probably caused by the 4 toothpaste caps, one toothbrush, one double A battery, one ferret, one thinly rolled scroll of Chinese astrology animals, and seven farthings I found when I opened the up the pipes.

As it turns out, this fix was a breeze. Due to the age of my house--it's been carbon dated to the year eighteen hundred and we should just fucking move--and the creative nonchalance of the former owners, I found the pipes gerry rigged in a fashion that my endlessly resourceful in a fringe apocalypse survivor sort of way mind could understand. I fixed the gerry and jiggled the rig and whammo, no more leak. Hopefully it'll hold until the plumber gets here to "fix" the cold water. My wife insists. Me, I'm glad we've been freed of the totalitarian, capitalist, soul crushing yoke of expectations that is instant cold water. The proletariat shall no longer suffer the indignity of washed vegetables!

Admittedly, the hardship is great. having to walk all the way upstairs for cold water. It's as if we're living in an undeveloped land where one has to walk a mile to the watering hole and then carefully balance a brimming earthen jug on our heads. Like Detroit.

Of Fairies and whatnot.

The Peanut believes in Fairies. Hard. In fact the Peanut believes that she is a fairy. Possibly their erstwhile ruler banished long ago because of some horrible bureaucratic oversight. This belief was implanted by her mother, the Aunties in Maine, and me. There have been fairy houses built from shoe boxes and birch bark and love (you need a glue gun for the love part) hidden in dappled glens in the nearby Maine woods. Gifts left and found and reciprocated at sacred stumps in the light of a full moon. Notes written in the strange language of the Fae folk. Use of the phrase "Fae folk." We really go overboard. We encourage this belief in part because she is so tiny, so mercurial, so ethereal in her way that not only is it appropriate, we hope it's good for a little confidence too. Maybe it'll give her a bulwark against always being the smallest. "I may be the smallest kid in class but eventually I'll be able fuck your shit up magic style, so it's all good." Or something to that effect.

Eventually because the deal is, she's not a fairy yet. She's got fairy blood sure, but to become an actual fairy takes years of training. Years of studying things like wood craft and fishing, reading and writing, math and science, wild edibles, swimming, and flying. It takes eating your fruits and vegetables and being nice to your brother. It takes being kind to animals. It takes a lot of manipulative parental bullshit.

But she believes now. She'll often tell you she can, "fly for one second" before jumping in to the air and flapping her arms like a hummingbird. She'll ask you to touch her ears sometimes and then ask if you can "feel how they're getting pointier." Joke's on her when she graduates from college with a Forestry degree and an entire wardrobe of bedazzled camouflage only to realizes the only magic power she has is the ability to apply for a job at Starbucks.

Be a Mensch, not a Gonif. 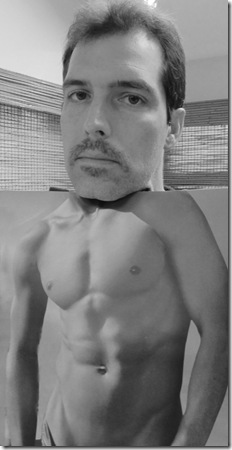 Whoops. I meant this guy. 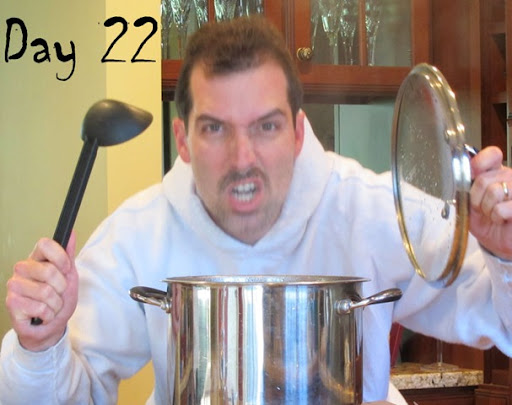 He goes by Always Home And Uncool And this is how he actually feels about running.

But he's doing it anyway because of this girl. 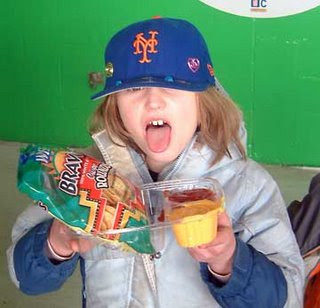 Who could blame him? She is his daughter and she is fighting a rare and often deadly disease called Juvenile Myositis. Which is why I bring all this up. See the bar near the side of the top of this post? Click it, donate 5 bucks to cure JM by October 12th, and support AHAU's run, and I will go on twitter and retweet whatever you want. I repeat whatever you want.* I promise I actually have some pretty influential followers on there, so you never know who might see and enjoy your particular brand of mishegas.