Some facts:
The Fresh Beat band is a show.
A horrible, horrible show. The leads are two boys named Twist and Shout, and 2 girls named Kiki and Marina.
Benny the Bull and Swiper are characters on Dora.
The Peanut can be bossy.
Scene: Tonight in the Car
Peanut: I'm Dora and you're Swiper
Pman: I'm swiper
Me: I'm Twist
Peanut: You're Benny
Me: You be Benny. I'm Twist
Pnut: You can't be Twist.
Me: I'm Kiki
Pnut: You can't be Kiki. You're a boy.
Me: I want to be Kiki.
Pnut: No, Kiki's a girl!
My wife: You told him he couldn't be Twist
Pnut: You can't be Kiki.
Me: I'm Mrs. Garret
Pnut: No, you can't be Mrs. Garret, you're not a girl!
Me: You don't even know Mrs. Garret. I'm Mrs. Garret, you're Jo, Pman is Blair, aaand Mommy is Tootie.
Pnut: No!
Me: I'm Ralph Furley, you're Larry, Mommy is Jack, and Pman is Crissy.
Pnut: No!
My Wife: I want to be Janet. I'm a girl
Me: I'm Captain Stubing, Mommy is Isaac, you're Julie, and Pman is Doc.
We also went through Fantasy Island. (I'm Mr Rourke, You're Tatoo, mommy is the person who faces their absolute worst nightmare, the Pumpkin man is the one who's there just to get laid.)
And then . . . .
Me: I'm Hannibal, Mommy is Face, you're B.A. Baracas, and Pman is Murdock, the crazy one.
Pnut: B.A. Baracus?
Me: You say, " (Mr. T impression) I pity da fool !
Pumpkin Man; (Tiny Mr T Rasp) Ahm BA Ahracus, I pity Da Fool!
Pnut: (Also doing her best impression) I pity da fool!
Pman: Ahm Ba Brracus, I pity da fool
Pnut Can I pity Da Fool?
Pman: (Matter of factly) No. You listen, I pity Da fool.
Pnut: I don't want to listen. I want to pity da fool!
Pman: I pity da fool!
Pnut: No. I pity da fool!
Pman: I pity da fool!
Pnut: I pity da fool!
Me: There are plenty of fools to go around.
Top 5 parenting moment. I will be expecting my dad of the year nomination phone call.
Posted by Homemaker Man at 5:02 PM 14 comments:

Email ThisBlogThis!Share to TwitterShare to FacebookShare to Pinterest
Labels: Dad of the Year, parenting, The 80's has always been the best decade for gender exploration. Mr. T

The Peanut is a princess. Ask her, she'll tell you. Don't ask her and she'll tell you. And if you try to tell her she's not a princess, well, I hope you're prepared for the cutest little "go fuck yourself" face you've ever seen.  My little perfect princess, face twisted in rage. Awwww.
She loves to wear dresses and tiaras and throw semi- benevolent tea parties for her subjects. Sometimes she's Princess Peanut; other times she's Cinderella. She's never seen the movie or heard the story, mind you.

She is the only princess in the house, too. The. Only. Princess. She's the Princess. Mommy is the Queen, I'm the King, and the Pman is the Prince. Any attempt to violate these rules is met with extreme prejudice. She practically morphs into a vampire. Fangs dripping with sparkly pink fury. The air awash with consternation and glitter

"Daddy, I'm the Princess and you're the King."

"Let's both be princesses."

"NO DADDY! You can't! You're a boy and I. AM. PRINCESS!" (Princess of the Kingdom of Uptightville, apparently.)

At this point, her cheeks are pink with frustration and her voice has taken on the timber of a highly agitated wild cat. Princess Peanut: Gender Cop.

Until recently. Recently, their has been a small change of heart where one member of our household is concerned. Recently, the Pman has managed to schmooz his charming ass into the princess game. He looks lovely in her dresses. And shoes. And tiaras. Resplendent in gauzy pinks, royal purples, and flashy greens.

He copies everything she does. Spins to show us the dress. Calls himself Princess Pumpkin Man. He is a pretty little thing, too. Although, there is still something about him that says "boy." Little big-headed, round-bellied spark plug that he is.

After some initial violence, the Peanut is loving it. I walked into the playroom the other day to find her frustrated and him crying. Not because she was trying to rip the dress from his body or pummel him with the plastic tiara that is her royal birthright.  No. The melee was due to the fact that for five minutes she had been trying to jam her white sandals with the flowers on top on to the Pman's feet. So he could have pretty princess shoes.

Now, my kingdom has not one, but two princesses to call it's own.  The traditional gender roles have been torn asunder. Let the commoners rejoice!

It's good to be the King.

Last year for Valentine's Day, I sent her a dozen long-stemmed beauties at work. Not only that, they were NPR pledge drive roses. Romantic and douche-y. Double threat. And I cooked her a lovely dinner and made her a chocolate cake from scratch, sang to her over the phone, etc., etc, etc.

This year, we're broke. I've been on the phone all day today trying to get last year's pledge money back because those flowers went and died on us. Commie lib-lab roses.

And I'd write her a love poem but words fail me where she's concerned.

Yeah, her skin is snow and raspberries.

And sure, her eyes are jungle foliage overlaid with  sea glass.

And it's true that her lips are full, sweet plums.

But her. She. The beauty of her. Her soul. The description of that is what eludes me. The best I can do is: you ever see a scene in a movie when someone opens a suitcase or treasure chest and they are bathed in the glow of that treasure? Or maybe it's more like turning your face to the sun after a long cold winter? Or bathing in a warm, clean, steaming, pond fed by hot springs.

No, that last one is how I feel when she touches me, but it's not her.

Maybe it's like that feeling you get when you've been gone a long time and you finally come home.

Anyway, I don't know how to put it. All I know is that I love her and that I am obscenely lucky.

So, I still had to do something for her for Valentine's Day. We don't have any money, words fail me, as does my waistline. What's left? 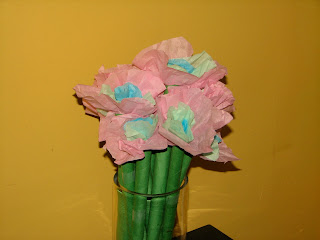 It's over. The Knucklehead Blog-off is over. And, I won. I think we can all agree, how the fuck did that happen?

Thank you to the competitors:

If I were God

and especially to my fellow finalist, CardioGirl.

All bloggers with unique voices and perspectives. I had a great time competing/working with all of you.

Thanks to Knucklehead for actually including me in the contest this year. I had a lot of fun both times I participated, although maybe more so when I wasn't actually a participant. The pressure this year. Oy.

Thanks to my bloggy/twitter/facebook friends

Monica at And I'll Raise You 5

And Life According To Candice. She was a finalist last year, and it's her hilarious blog through which I originally got involved with the contest. And by involved I mean totally crashed.

Thanks to the wonderful Aunties up in Maine, who stumped hard for the rural teacher/college student vote.

Thanks to sexy my wife and her (not quite as sexy) teacher cronies.

And thanks to everyone else who voted, read, and otherwise participated. All the new followers/readers that have come my way is definitely the best part.

With that, I am officially retired from the Knucklehead humor blog-off competition circuit. I'm exhausted and the kids haven't had a bath in 3 rounds.

Ain't gonna be no rematch.
Posted by Homemaker Man at 6:02 AM 9 comments:

Email ThisBlogThis!Share to TwitterShare to FacebookShare to Pinterest
Labels: I won. Thanks God it's over. Has anyone seen my wife?

We've made it to the final round of the Knucklehead Blog-off. Thanks so much to everyone who has voted. I am very surprised to be here in the finals. My noble competitor, CardioGirl.  Voting begins at 1pm eastern and ends Wednesday at 9pm eastern. Please read and vote based on merit.  And based on the fact that I've been praying and lighting candles for each and every one of your souls. And small children and puppies love me. And a hug from me cures glaucoma and restless leg syndrome. And Tuberculosis. And please vote.


The final round here is writing dialogue via an assigned writing exercise: Pick three figures with whom you would like to dine. The catch --  they have to be a cartoon, an american historical figure, and a villain/scoundrel type


I had trouble deciding. I lobbied to be able to pick Captain Caveman as my cartoon and Fred Flintstone as my historical figure. Imagine the shit those two could talk about. The villain in that scenario, the T-rex from Land of The Lost.
Or I thought I'd pick the Wonder twins, Jerry Lee Lewis and the Catholic church and then I'd spend the evening watching them chase each other around around the table while simultaneously trying to dial 911.

Instead, I went in a different direction. Three separate dinner parties for your perusal. Three because I eat fast, and I'm hungry a lot. Please note: these were written in fugue state brought on by shoveling, the ingestion of 1 bag of Doritos, 19 Bagel Bites, and also some post-coital languidness. Oh. Yeah.  Dead. Sexy.


The invitees: Hitler, Lincoln, and the car from the Hanna Barbera Laffalympics.

Lincoln: "What the fuck did you invite Hitler for? You know that guys' an asshole, right?"

Me: Whatcha thinking about, Hitler?

Lincoln: Makes hand gestures and waggle his huge eyebrows as if to say, "See? See?"


The Diners: Abe Lincoln (Again, yes. Why? He absolutely loved manicotti. That's a fact.),  a Shmoo, and John Wilkes Booth.

Lincoln: Are you shitting me? Last time you invited me to dinner it was with Hitler and a car with a speech impediment and now th *BANG*.

Shmoo: (Horrified as the bullet passes harmlessly through it's blood spattered body) ghGHHGghghgghgGHGghghgh!

Booth (to the bloody Shmoo): Dine and Dash?


The three. Ted Bundy, Pepe Le Pew, John Kennedy.
We sit at the table.
Something passes between the three of them. They nod in agreement.